In advance a brief summary

It’s the Mossad, who plans to achieve global power during the faked event.

Cobra’s event is no spiritual event, that’s just a pretext. In reality it is a coup by the secret services and the military to achieve global control and actually establish the "one-world-government" under US-Israeli leadership.

The following course is planned fort he false liberation-act:

There will be a huge power failure. They will spread rumors, that it is caused by solar storms. It is not, instead the power failure will be caused artificially with technologies, to which Mossad, CIA etc. have access to.

Those who followed the solar storm-theme may have observed, that there have been many, even heavy solar storms since 2011, who had no effect at all on the electronics. But since years the idea has smartly been put into people’s heads, that there will be a power failure to a catastrophic extent „because of a solar storm“.

That power failure, that will happen primarily in the USA, Canada and Europe, pobably also in Australia, will of course lead to huge chaos, mass panic, plunder and massacres. That will be too much for Gouvernments to handle and they won’t be able to maintain peace and order.

This organization will then take control and send home the overstrained governments.

This organization is the „stay-behind“-force, who has been preparing for a long time that coup, wich Cobra talks about more and more openly.

It’s a consortium of the international cabal with 80 to 90 percent Mossad-proportion, the others are high-ranking members of the global elite, secret services and CEO’s of the usual sectors.
The name oft he organization is: Elctric Infrastructure Security Council (abbreviated : EIS).

Cobra himself disclosed the real force behind his Event, giving the hint, that his so-called „resistance-movement“ was involved in the „Earth-Ex“-exercise on august 23, carried out by this dubious organization.

This organization EIS prepares itself very concretely for the assumption of control (governance) in the western world through especially trained military and secret service-staff, as soon as a long and huge blackout will occur (be caused) creating the wanted confusion.

For years I have been observing very accurately the announcements of Cobra about his event. Right from the start one thing made me prick up my ears, because it is very unusual for a spiritual agenda: the inclusion of open and direct violence.

Ths aspect was included very openly from the very beginning in Cobra‘s agenda. Right from the start he spoke about mass arrests of the cabal through a „resistance movement“, under inclusion of supposedly positive military-, police- and secret service-forces. Cobra also reported in a military language about fights who took place, "cleaning" of bases and acts of destruction on hostile forces.

I really wondered about all his followers coming from the esoteric spectrum, who are dedicated to light and love and totally reject Violence, never questioning anything.

It seems that violence is then suddenly ok, if carried out by an invisible resistance force against the negative side. This episode schows me just one thing, namely how naive, inconsequent and uncunscious Cobra’s followers are. But this shall not be the subject of discussion any further.

There are several strategy-papers of Cobra or instructions for D-day, that have been developped by his people. Even if Cobra did not use this expression publicly, these descriptions are about a military coup, or in other words : a global coup détat using direct violence.

That sounds very interesting to me, since I had recognized a long time ago, that such a physical disempowerment of the global negative elite has to take place.

This made me become sceptical and curious about it at the same time, because I know, how sharp the system fires back with all available funds, if any kind of real opposition is growing somewhere.

Let’s get back to the strategy-papers, who are released by Cobra’s official websites.

They show the concept, that the members of the event-support-groups will have to distribute these flyers at the day of the event and calm down local leaders as well as the population.

In Cobra’s immagination the event looks like this: The galactic central sun sends an impulse that causes solar storms or changes in the magnetic field, wich is the start signal for shutting down the banking system with a worldwide blackout and computer failure. The mass arrests of the cabal should also beginn at this time.

The concept, that during the emerging chaos the mostly female and not so young members of Cobra’s event-support-groups will run to police-, military- and fire brigade-forces to give them good advice ist just ludicrous.

In the papers above it is clearly stated, that previously informed, prepared and coordinated military-, police- and secret service-forces will be present on D-day and will perform the measures. And those will not be regional police- and civil protection-forces, because they will be switched off electricity.

Of course it is reasonable to ask the question, under whose leadership is this global coup détat taking place? Who did inform and prepare the emergency services?

Who’s got connections and access on international level to military, government and police? And who’s got the technical means to assure himself sufficient power supply even during a total blackout?

The answer to these questions has been given by Cobra himself now.

Let’s take a look again at how Cobra is imagining the event in detail. It is introduced by a natural phenomenon in wich the sun is supposed to take part. Therefore a massive solar eruption causing geomagnetic storms, who then will supposedly influence the magnetic field of the earth strongly enough to switch off from electricity a big part of the earth’s population.

This will set off an avalanche of happenings, that will lead to a total breakdown of computer networks, logistics, energy supply and payment transactions, in short to a breakdown of western civilization. Of course the financial system as well as the economic system will also break down, which means there will be no more food supply. In Cobra’s words this will then be the restart of the international banking system and the phase, in which the dark cabals will be arrested.

Cobra celebrated the mass meditation to the solar eclipse as a great success, that brings the event within reach. He now is very shure, that the event is soon imminent and so he released very concrete informations about the forces, who will bring back order into the chaos.

„EARTH EX exercise that is taking place today is now giving extremely valuable intel to the Resistance about how to maintain the infrastructure when the Event happens:
http://www.eiscouncil.com/EarthEx
Certain Resistance agents are involved in this exercise in a certain way and this will bring us another step closer to the Event.“

Let’s take a deeper look at this Earth-Ex exercise and the organizer of this exercise, the EIS-Council. Then we’ll come very fast to the gist of the matter.

The EIS-Council is a committee, located in Washington DC, who has dadicated itself to the international electronical civil protection. The abbreviation stands for

That’s how these people describe their responsibility:

In other words, they plan and coordinate and provide all resources, to take control in communities, cities and states wordwide, if Black-Sky-Events are happening. For a good purpose of course, because they are the ones, who dispose of the knowledge, the technologies and the well trained and schooled staff, to manage something like that.

They claim to be the «Global Agency for Technical Relief» which will globally take command immediately in the case of massive catastrophes.

As occurrencies, that will make them be on the spot, they name: 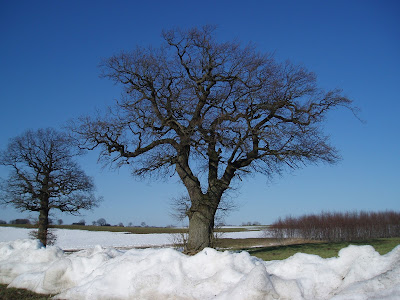